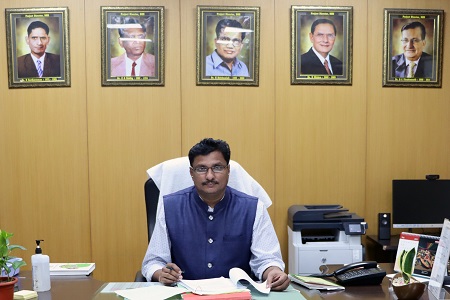 Rice is the staple food for more than two thirds of Indian population contributing to 40 % to the total food grain production thereby, occupying a pivotal role in the food and livelihood security of the people. In terms of area rice crop is grown in about 43 million hectares (m ha) in the country, which is the largest acreage in the world. The last sixty years have seen a paradigm shift from subsistence agriculture to technology driven intensive farming which has taken the country from the days of food deficit to an era of self-sufficiency. In spite of the pandemic conditions prevailing since one year we could produce a record 118.87 million tonnes of rice during 2019-20 and around 120 million tonnes of rice is expected during 2020-21. This has been largely due to cultivation of HYVs and hybrids as well as adoption of improved crop management practices. Many of the released varieties possess resistance / tolerance to major pests and diseases. All this was possible due to the concentrated efforts through AICRIP and coordination with other agencies.

In the last two decades India has steadily increased its export potential and now gained supremacy by becoming world No.1 exporter of rice since 2011 exporting around 16 million tonnes of rice earning more than 66000 crore rupees in foreign exchange this year.
During 2020-21, A total of 1842 trials covering all the major disciplines were conducted by 45 IIRR funded and 92 voluntary centres representing all the rice growing situations/ecosystems and states. A total of 64 varieties including 10 Hybrids and 54 varieties for different ecologies have been released by both central and state varietal release committees (Central-23; state-38; area extension-3). Among the state releases, 11 varieties for Andhra Pradesh, 6 for Chhattisgarh, 3 each for Bihar, Telangana and Odisha, 2 each for Tamil Nadu, Uttar Pradesh, Gujarat and Assam, 1 each for Maharashtra, West Bengal, Sikkim and Uttarakhand were notified. From ICAR-IIRR, 4 varieties were released and notified through CVRC viz., DRR Dhan 53 (MAS derived, resistance to BB), DRR Dhan 54 (aerobic cultivar with top ranking in multiple zones), DRR Dhan 55 (aerobic cultivar) and DRR Dhan 56 (early transplanted conditions). In addition, a total production of 9217.33 quintals of breeder seed was achieved against a target of 4166.11 quintals at national level.

Despite these achievements, we   still   need   to produce an additional 1.5-2 million   tonnes of milled rice every year to meet the target of 130 million   tonnes   by 2030. Simultaneously, we need to give renewed focus on nutritional security in rice through bio-fortification. This has to be achieved in the context of increasing incidence of pests and diseases and other abiotic stresses due to a rapidly changing climate, rapidly declining water, and soil and land resources. The key areas of rice research should include identification and utilization of novel gene sources for breeding multiple biotic stress tolerant rice varieties, gainful exploitation of rice genome sequence information through development of novel and breeder-friendly molecular markers for breeding varieties possessing multiple traits of agronomic importance, bio fortification of rice to enhance its nutritional profile, studies on improving rice grain quality, addressing climate change related issues, coordinated evaluation and utilization of rice germplasm, breeding drought, salinity, submergence tolerant rice varieties, development and demonstration of labour saving technologies and in futuristic research areas like conversion of rice from a C3 to C4 photosynthetic crop, improving biological nitrogen fixation in the rice ecosystem, utilization of genomic tools for enhancing yield. These challenges can be addressed in the right perspective through the application of science and technology in partnership with National and International rice research centres in public-private partnership mode

The Consortia Research Platforms (CRP) on Bio fortification, Hybrid technology, Agro-biodiversity, Molecular breeding and Incentivizing research and 48 other externally funded projects presently in operation in the Institute are the right platforms to sustain the research outputs to improve the productivity. In recent times, we have received six copyrights for our applications, released four rice varieties in 2020-21, registered six genetic stocks, commercialised two genetic stocks and one variety and the scientific research was published in more than 100 reputed journals of high impact.

The progress on the research front has highlighted several future targets and also constraints, which need to be addressed in the right perspective in a coordinated manner with the support of our AICRIP partners, whose unstinted support is highly appreciated. ICAR-IIRR has evolved a ten point strategy to overcome and achieve the targets envisaged in Vision 2050 document. The support and cooperation from SAUs, AICRIP centres and sister ICAR institutes is sought to pursue a holistic approach for achieving food and nutritional security along with climate resilience. 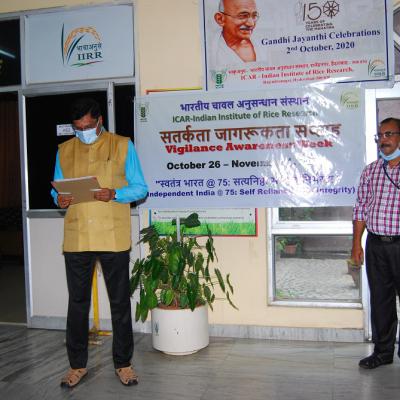 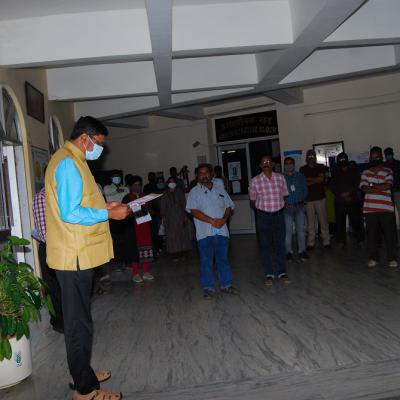 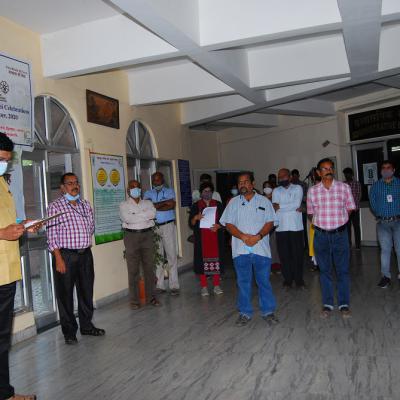 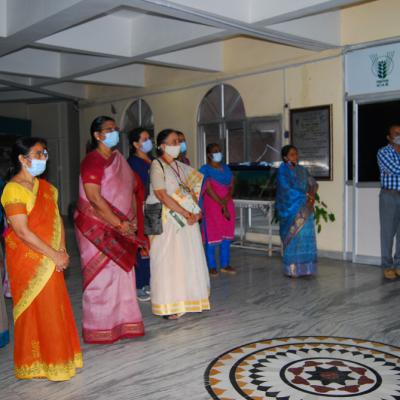 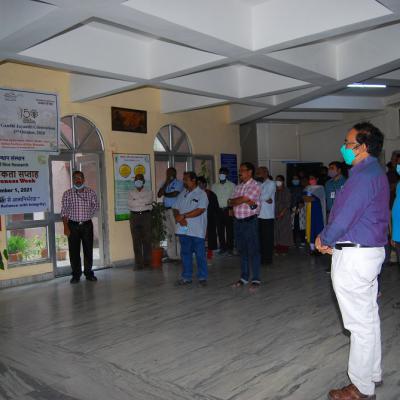