Organising and participation in Farmers’ Day/Agri-Expo

IIRR has regularly organised farmers day and have participated in various Kisan melas and farmers' fairs organised by other organisation to popularize the rice production technologies. In such events various stakeholders like farmers, extension officials, scientists and students visit and were acquainted about the performance of various rice production technologies. IIRR has organized and participated in the following events and the details are given below.

During last five years under report, Co-ordinated the radio talk and doordarshan programs for IIRR scientists. Every year more than 10 scientific talks were delivered by rice scientists of IIRR on various aspects of rice production technology through All India Radio, Hyderabad station. The talks were delivered during the cropping seasons of both kharif and rabi seasons.

Kisan Call Centre was started by the Department of Agriculture and Co-operation, Ministry of Agriculture, Government of India at the National level with a view to leverage the telecom infrastructure in the country to deliver extension services to the farming community. The purpose of the Kisan call centre is mainly to respond to issues raised by farmer's instantly in local language on a continuous basis through toll free phone No 1551. IIRR as a level II centre has been answering to AP farmers on various aspects of rice production technologies whenever clarification and suggestions were requested and suitable information were provided by the scientists of IIRR.

Mobile Agri-clinic program was officially inaugurated on 18th  November, 2016 by honourable Union Minister of Labour, Shree Bandaru Dattatreya. The Mobile Agri-Clinic program aims at directly benefiting the farmers of Telangana. This is a modest beginning to serve the farming community directly and to take up the practically applicable technologies/knowledge to farmers’ doorsteps.

As a part of this program, a Mobile van with state of art facilities (soil testing kit, seed samples, information standees, brochures, health care products etc.,) has been put into operation. A multi disciplinary team of 3-4 scientists visited different villages and interacted with the farmers. The program was planned in collaboration with PJT State Agricultural University, State department of Agriculture, ATAARI, KVKs and several NGOs.

During  2016-17, 49 villages were covered with direct out-reach to 1,568 farmers. During the field visits, 833 soil samples tested, 212 plant samples were diagnosed for different biotic and abiotic stresses, 21 on site crop management trainings conducted with the involvement of 92 officials from SAU/DAATTC/ KVKs/NGOs/SDA.

The extension principle of “Seeing is believing” is very well epitomized at IIRR. Organization of FLDs on newly released varieties/technologies is a very useful  strategy for their popularization, and thereby helping to enhance the production and productivity of rice in the country. IIRR coordinates the Rice frontline demonstration which is organized every year all over the country demonstrating suitable elite cultivars and appropriate crop management technologies in farmers’ fields in association with SAU’s and state department of agriculture. It is sponsored under NFSM scheme of Ministry of Agriculture. During last five year, about 3,014 FLDs of 1 hectare each have been conducted. 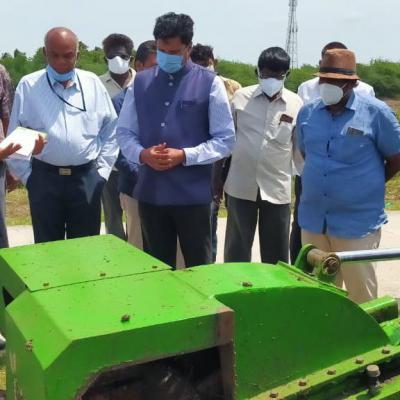 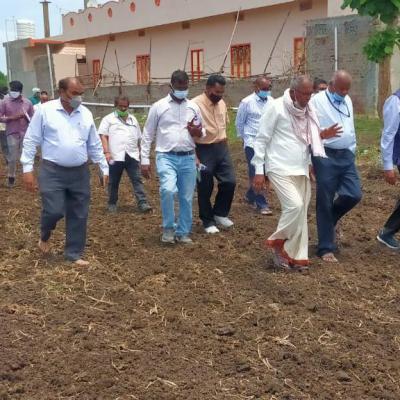 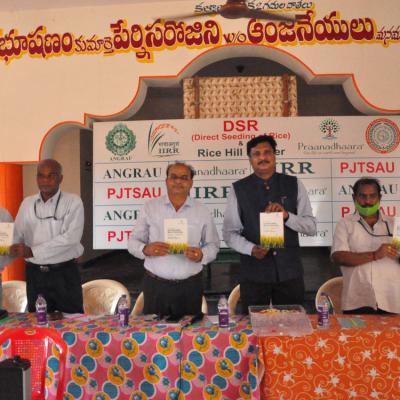 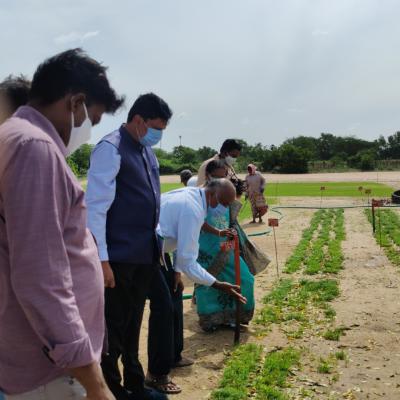 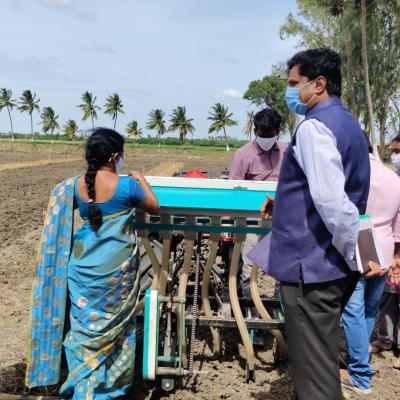 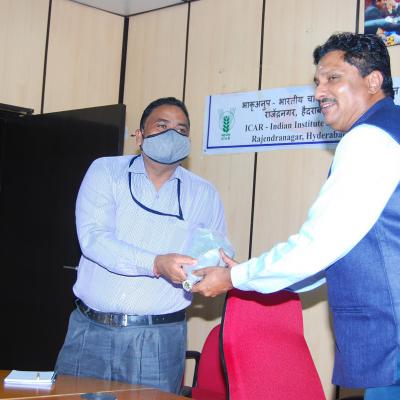